ECLIPSE is a versatile band suited for ALL occasions. This professional and versatile group of musicians have performed at hundreds of wedding receptions, galas and corporate events. By choosing Eclipse for your special event, you will be providing your guests with a wide variety of the finest in musical entertainment.

In addition to the extensive list of instrumentation we also provide a professional light show and sound system large enough to accomodate any size hall. Let Eclipse take your event to a higher level of entertainment! Eclipse also has a complete repertoire of traditional Italian music.

Eclipse has one of the largest selections and widest varieties of songs. Whether Eclipse is performing at a wedding or corporate event they take pride in the way they have re-created the song like the orginal. With the powerful combination of instrumentation and vocals, Eclipse can reproduce all styles of music.

OUR LIVE MUSIC WILL HAVE EVERYONE UP ON THEIR FEET! 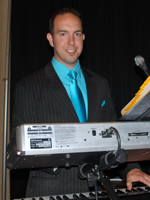 Randy has been involved with music since the age of eight. Following formal study with the accordion, he went on to teach himself to play the organ, piano and various keyboard synthesizers. At age seventeen, he began teaching private music lessons. He furthered his studies by taking courses in music theory. Randy has competed in vocal competitions as well as performing with numerous bands since the early nineties. His knowledge with light and sound engineering enables Eclipse to provide a unique look and sound for any event. His musical & vocal experience are also one of many key ingredients for the success of Eclipse. 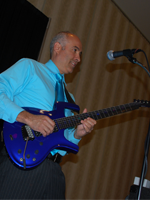 John began playing guitar at the age of nine. Through vigorous practicing encouraged by his father he quickly became one of the smoothest, slickest guitarists on the circuit. John has been teaching private guitar lessons and performing in local bands since the early eighties. He’s played with a variety of pop, rock n roll, and wedding bands prior to his association with Eclipse. John’s musical talents as a guitarist and vocalist contribute to the diverse sound Eclipse has to offer. 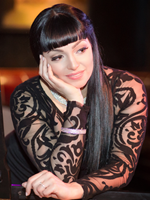 Melissa is a versatile performer, choral & band conductor and vocal coach based out of Kingsville, Ontario. She is currently the Arts Department Head and Music teacher at Cardinal Carter Catholic Secondary where she helps aspiring musicians find their true potential.  Although Classically trained, her devotion is to the sounds of Jazz, Pop, Soul and Theatre, which she executes with grace. Not only has Melissa been the musical director for many secondary school productions with the WECDB, but has also played leading roles on stage, from Gabriella in High School Musical to Fastrada in Pippin. Most weekends you can catch Melissa performing with the high-energy party band, Eclipse! 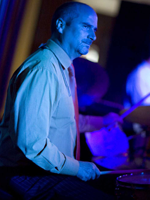 Kevin began playing drums at 13 years of age. In high school he was the winner of the local “Battle of the Bands” contest with the group “Tempus Fugit”. After studying music at Humber College School Of Creative and performing Arts in Toronto, he returned to Windsor for a long stint with the touring blues band, “The Windsor Dukes”. Kevin has logged many hours making great music with artists from the “Gaylords” to the “Windsor Symphony Orchestra”. He was also a member of the Casino Windsor Showtime Lounge house band. During his 9 years on stage at Casino Windsor, he expanded his drumming techniques and styles with the many diverse artists, acts and shows performed. Also an accomplished sound recording engineer, his ear for music and unsurpassed drumming ability are well-placed in his role with Eclipse. 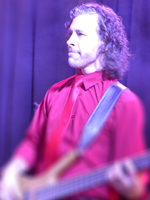 Brian began playing the bass guitar and singing at the age of 16. It wasn’t long before he was pursued by a professional band and was performing regularly. From this point on, he and his band mates wrote and recorded an album and toured southwestern Ontario. Soon after, he was offered to play in a casino style band, where he learned many different styles of music and grew as a vocalist.  He has played at many Weddings, casinos and festivals throughout Canada and the U.S. including the opportunity to sing the national anthem at Comerica Park! Some international acts he has shared a stage with are The Monkeys, War, and Blues Traveler, just to name a few.

Entertaining audiences and replicating music to its true form is Brian’s passion, a key to the very success of Eclipse!